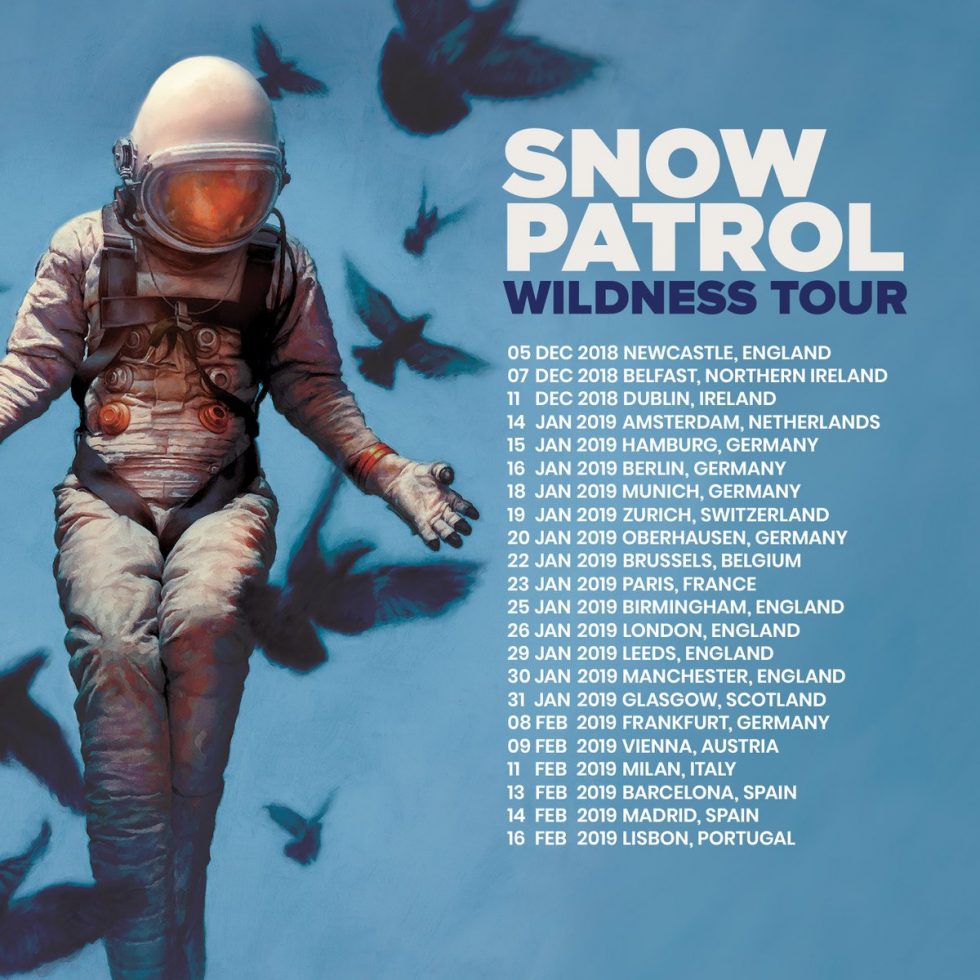 Snow Patrol have added two new dates in London and Bournemouth to their Wildness Tour in December 2018 and early 2019.

The newly added dates are now included below:

*The ticket pre-sale for these two shows will begin at 9am BST on Wednesday 20th June.

Unique codes for the pre-sale will be sent out from 9am BST on Tuesday 19th June.

If you have already purchased Wildness on any format from the official Snow Patrol Store prior to 3pm BST on 5th June, you will automatically receive a pre-sale code for these two shows.

General tickets for these two shows go on sale 9am BST on Friday 22nd June here.

Tickets for all other shows are on sale now.

Snow Patrol ‘When It’s All Over We Still Have To Clear Up’ LP out now!